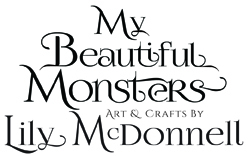 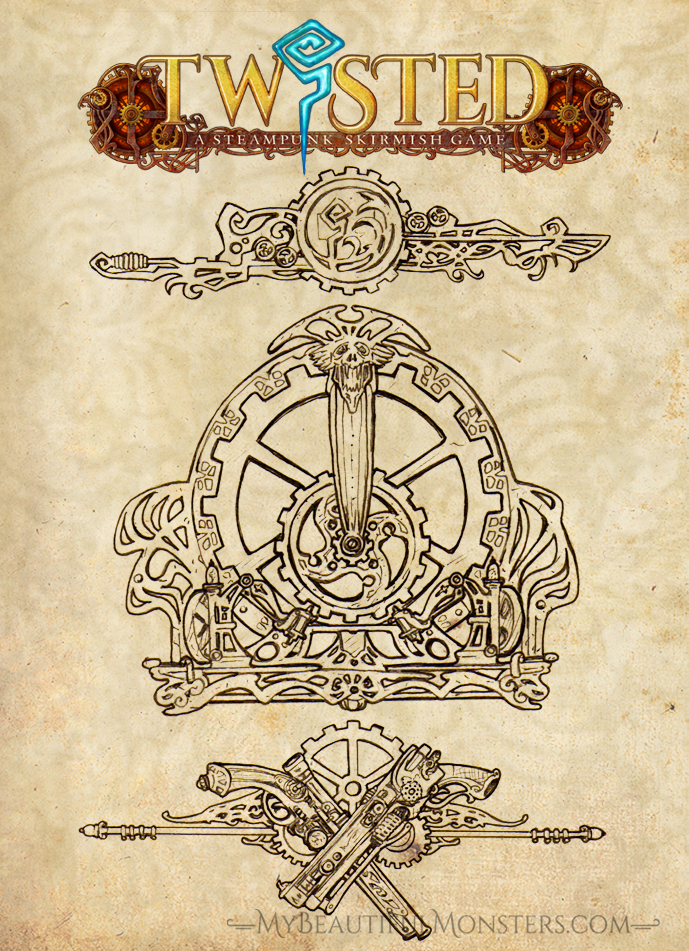 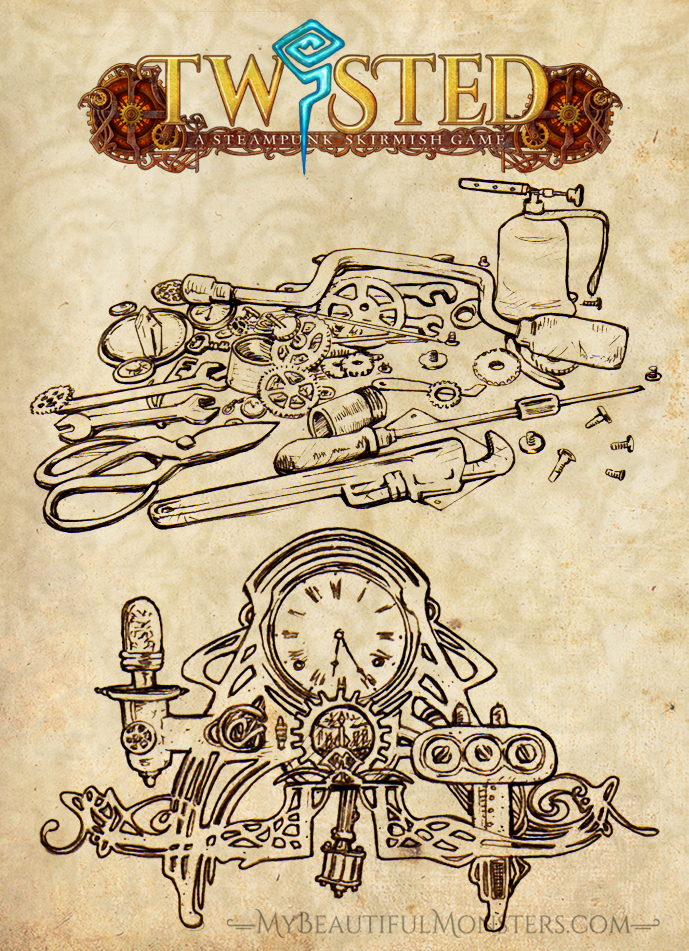 I really enjoyed getting to design some steampunk art nouveau style ornaments for the Twisted Game Rule book. I took inspiration from the games very impressive tabletop terrain designs mixed with real life bits and pieces. The idea was not only to decorate the pages of the rulebook but to give some more depth to the world of Twisted.

To design these I collected references and made composite layouts digitally. From them I would make sketches before doing the final illustrations traditionally in ink. 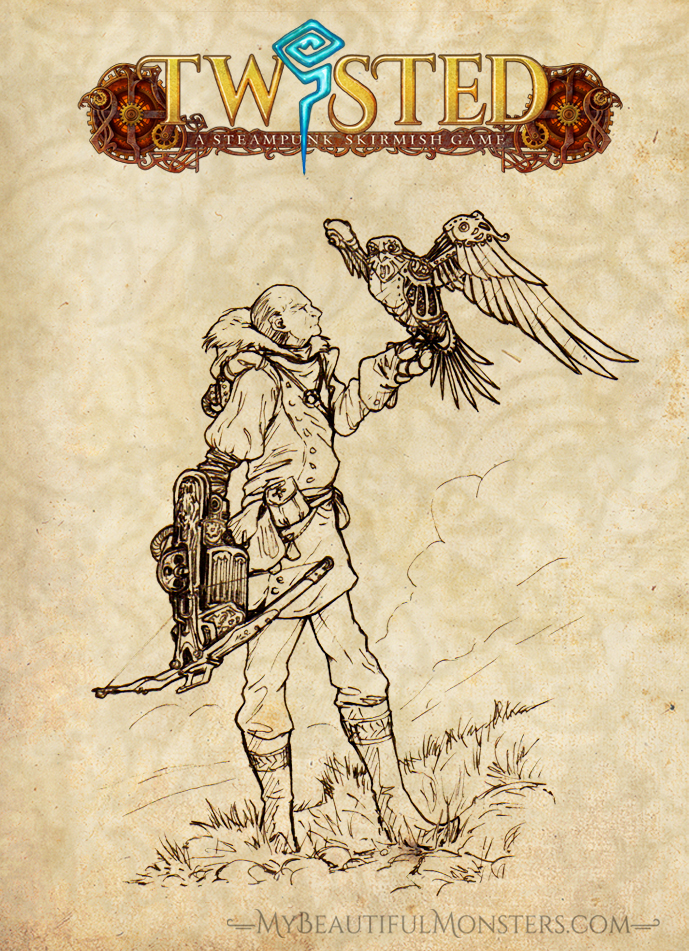 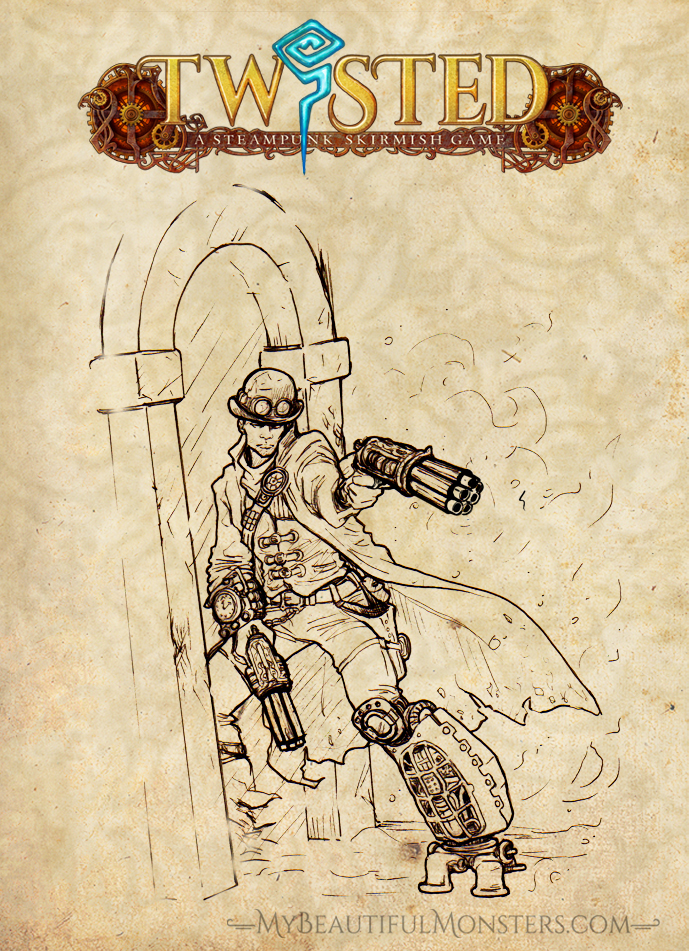 One of the ink drawings I did for Demented Games – “Dual Fire” from the Twised:A Steampunk Skirmish Game Rulebook.

“Some combatants carry more than one pistol or have a weapon capable of firing rapidly. This can ensure quite substantial damage is done quickly but the recoil can be difficult to manage.”

I really enjoyed getting to illustrate these traits and designing characters to represent the ideas. Not fast on his feet but he is fast on the draw, he is the gunslinger of the London underground. 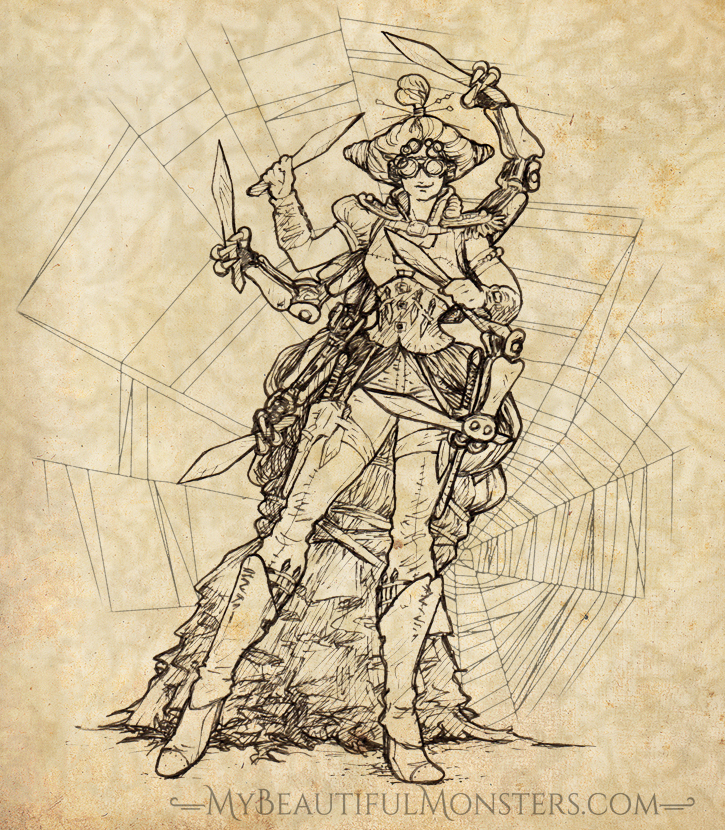 As well as designing the game title logo I did a number of small ink drawings for the “Twisted: A Steampunk Skirmish Game” rulebook.

Set in streets and sewers of an alternative Victorian London there is  a mix of Art Nouveau beauty, danger, magic and mystery. This character was inspired by the attribute “Razor Sharp”, she is a spider-like multi-armed knifethrower.

“Some blades are wickedly sharp and will slice through flesh with ease.”